Ahh…first day back after a break from our Saturday kid’s ministry. It felt a bit like the first day of school, everyone a bit excited, wiggly, and not quite settled in. Lots of hugs, lots of chattering, and lots of not listening to anything we had to say. So, to get out the energy, we talked about our Christmas and New Year celebrations. 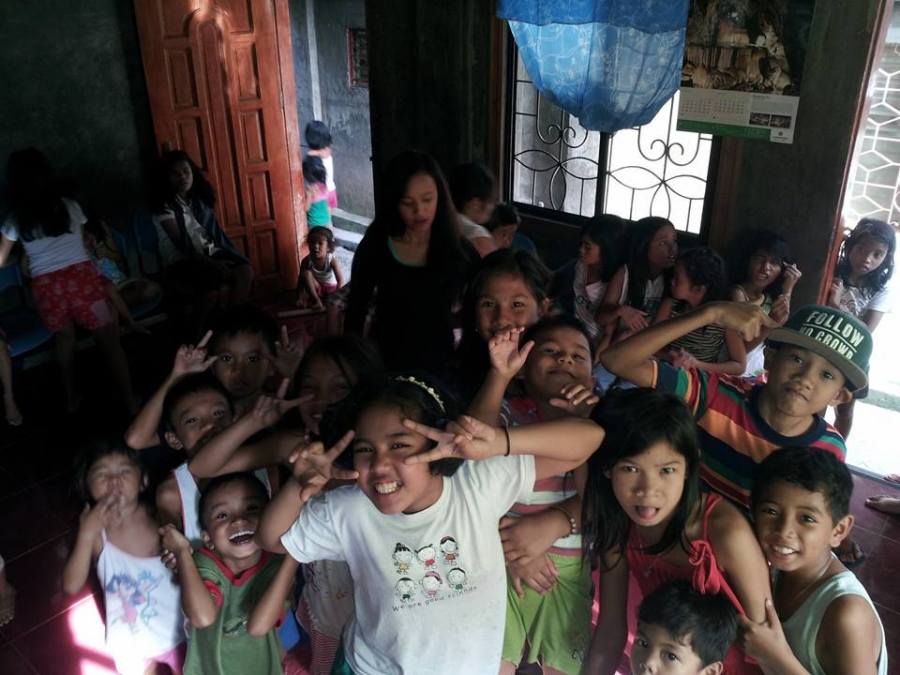 After a bit, the conversation shifted to our Christmas party that happened a few weeks ago. We asked the kids that attended what their favorite parts were. Of course it was the cookies, the gifts, and the swimming, but there was an unexpected response from several of the kids. “Popcorn ni Kuya Dan!” (“Big Brother” Dan’s popcorn). While the kids were inside watching A Charlie Brown Christmas, now an annual tradition, Dan, on a whim, made popcorn. Now popcorn isn’t exactly a luxury item here, it’s a cheap and fairly common snack. So why the heck did it trump all the extensive planning and work we had done for this event?

I told Dan about his triumph after class, and said I was baffled as to why it was such a big thing to them. “Probably because I served them” was his response. A concept that dates back to Mary and Martha still applies today, and still applies universally. Thinking back to that crazy day, as we were whirling around counting heads in the pool and refilling cookie frosting containers, I remember him shuttling bowls between the kitchen and living room/movie theater. “Instead of just sticking a big bowl in the corner and saying, “hey, there’s popcorn over there”, I made sure they could just relax and enjoy” he explained further. What a simple gesture to say “I care”.

I loved being reminded today, through the eyes of the kids (as usual), that how we treat others, even on the smallest level, can make a huge impact. I learn so many lessons from them, and it makes those wiggly, high energy days bearable. I am looking forward to the coming year, we’re off to a fun start!

One thought on “Love in a Bowl of Popcorn”